Jimmy Rankin is a well-known country artist in Canada, He is also a member of the famed Rankin Family from Mabou, Nova Scotia, winners of many Canadian music awards.  In 2004 or there about, I saw Jimmy in concert opening for John Prine in St. John, New Brunswick. At the time he had recorded two solo albums – Song Dog and Handmade. I was struck by his writing and singing skills and played those first 2 albums a lot. Since then he’s recorded 4 more country/folk albums and a Christmas album, which I want to feature in this post.  Among the 12 songs, there are the usual standards but there are 4 songs included that Jimmy wrote or co-wrote. The one above is “Boogie Woogie Christmas” a nice uptempo song co-written by Pat Conroy. The title song is more of an introspective look with the typical Rankin vocals.

The third original is “December”, very reminiscent of “Northern Winds” a favorite cut off the Handmade’ album. Jimmy has a way with the wistful song, his voice lends itself well to giving you that nostalgic feeling when listening to some of his music.  The final cut from this album is another excellent song – “Don’t Want To Say Goodbye To Christmas Yet” and a great way to say we need to extend that Christmas spirit beyond the holiday. All in all, an excellent addition to the myriad of seasonal albums that show up each year. 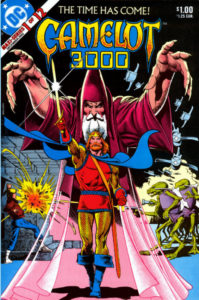 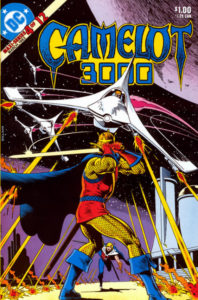 The first DC maxi-series printed on Baxter paper was Camelot 3000, a 12 issue series written by Mike W. Barr (the creator and writer for the original Batman & The Outsiders series and contributor to many DC and Marvel comic series) and penciled by Brian Bolland. Bolland was an English artist best known for his work on Judge Dredd. Barr based his story on the reincarnation of King Arthur and his cast of characters, pulled into the future to battle a foe summoned up by Morgan Le Faye. 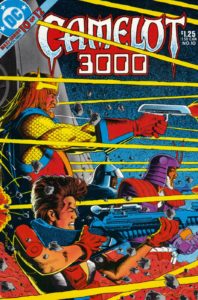 I have always been a fan of the Arthurian histories so this was right up my alley. Bolland’s artwork was very detailed and the storyline kept my interest until the last couple of issues where I felt the story faltered in getting it to it’s conclusion. I loved the covers and have included several of them in this post. 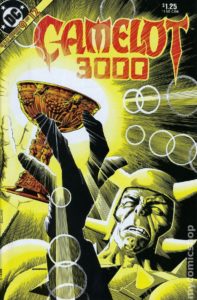 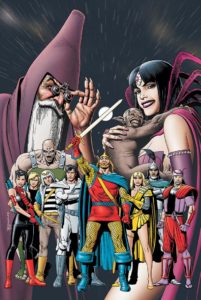 Jerry Kasenetz and Jeff Katz were arguably the biggest producers of bubblegum music. Their company was Super K Productions and among the artists they “produced” were The 1910 Fruitgum Company, The Ohio Express, and The Music Explosion.  They put together several of their “groups” to form The Kastenetz-Katz Singing Orchestral Circus. The album listed 8 groups (the above mentioned 3 plus Lt. Garcia’s Magic Music Box, Teri Nelson Group, 1989 Musical Marching Zoo, J.C.W. Rat Finks, and the St. Louis Invisible Marching Band. This fictitious super group would be responsible for 3 albums.  In reality, Joey Levine and a bunch of studio musicians were successful with their second single “Quick Joey Small” reaching #25 in October 1968. Their follow-up was “I’m In Love With You”. The song spent the first 3 weeks of 1969 “bubbling under” , getting as high as #105.

If you happen to be wondering what their first single was, it was “Down In Tennessee” which had also “bubbled Under” in July 1968, peaking at #124.

Joey Levine and Artie Resnick wrote all three of these songs. Levine & Resnick wrote a ton of bubblegum music together, they were also members of The Third Rail and Joey’s voice may be one of the most recognizable voices in the business. All the big Ohio Express songs are his vocals, along with the Reunion hit “Life is A Rock (But The Radio Rolled Me)”